Here is a video of the card in action. Details in previous post.
Posted by Dianna at 1:25:00 PM 1 comment: 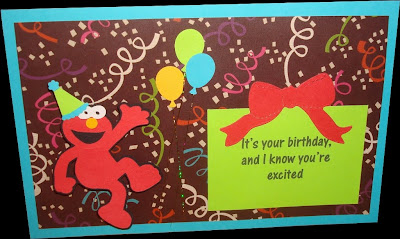 This card makes me laugh! I had a blast making it, and I'm still playing with it. It is my favorite card I've made so far. I tried out two techniques I've been wanting to try for a while now. Both were so fun. The Elmo on the front is mounted on a handmade spring (like the Action Wobbles). The Elmo in the inside of the card spins. I used the Elmo's Party Cricut cartridge for the Elmos. The noses were punched with circle punches because it was just easier, but I couldn't find the layer to cut the noses anyway. The one on the back of the card is a little big and the others are a little small, but who cares. I added a party hat to the Elmo on the front using an EK Success Party Large Edger Punch, and the balloons were from the same punch. The bow on the front package is a Sizzix die cut. I used gold icicles that had fallen off our Christmas tree for the balloon strings. 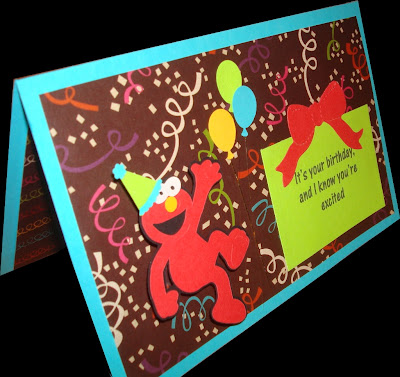 On the inside, I used the EK Success Candles Edger Punch on the text box at the top. I cut the slit for the spinner on my paper cutter and just rounded the edges by hand with scissors. The gift box at the bottom is also a Sizzix die cut. I stamped Happy Birthday using a Studio G wood mounted stamp before adhering the top layer (using Pop Dots). That was a little tricky. A clear stamp would have been a lot easier. The patterned cardstock was from the Paper Studio Birthday Extravaganza Paper Pack. The solid papers were from various cardstocks and scraps I have had forever. The computer font used was One Stroke Script LET (if I'm reading that tiny print right). 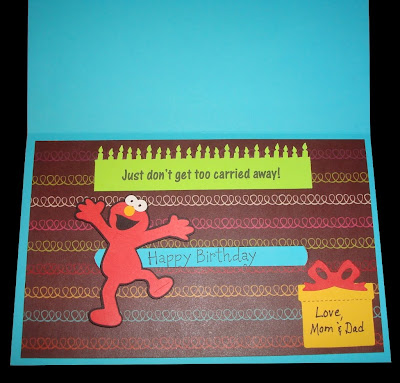 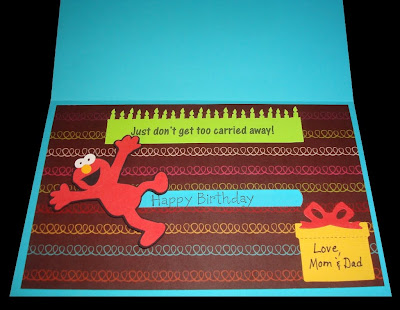 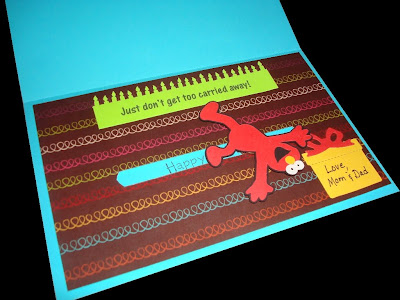 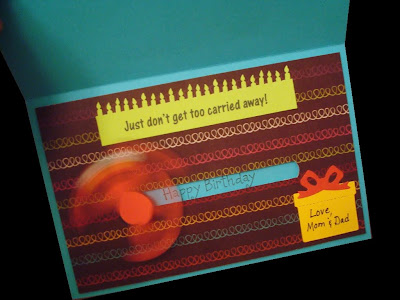 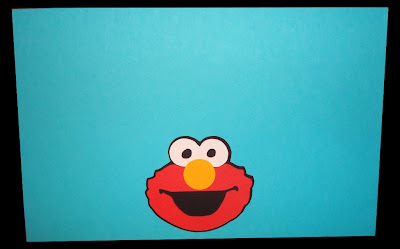 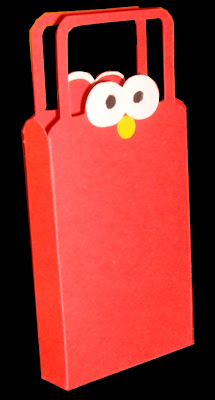 I also made one of the gift bags from the Elmo's Party cartridge in which to put her money gift.
Posted by Dianna at 11:06:00 AM No comments: 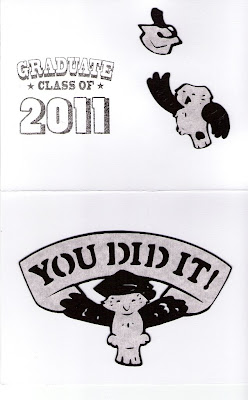 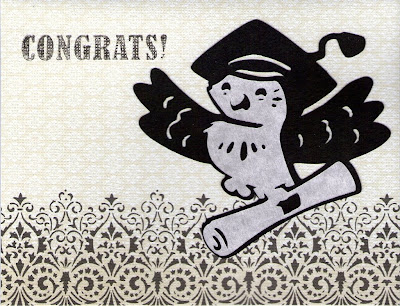 Here is another card I finished ON TIME! It was given to her the night of graduation and that is the last we saw it. If you have seen this card, please let me know.

This was made using the Happy Graduation Cricut cartridge. Money was inserted into the "You Did It".
Posted by Dianna at 3:31:00 AM 1 comment: 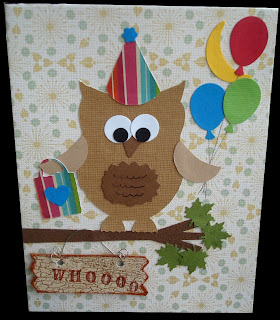 Hey, Blog! It's been a really long time. Too long. I have something to show you. I actually made a card and completed it ON TIME! This was for my sister's birthday. She loves owls.
Posted by Dianna at 2:38:00 AM 1 comment: